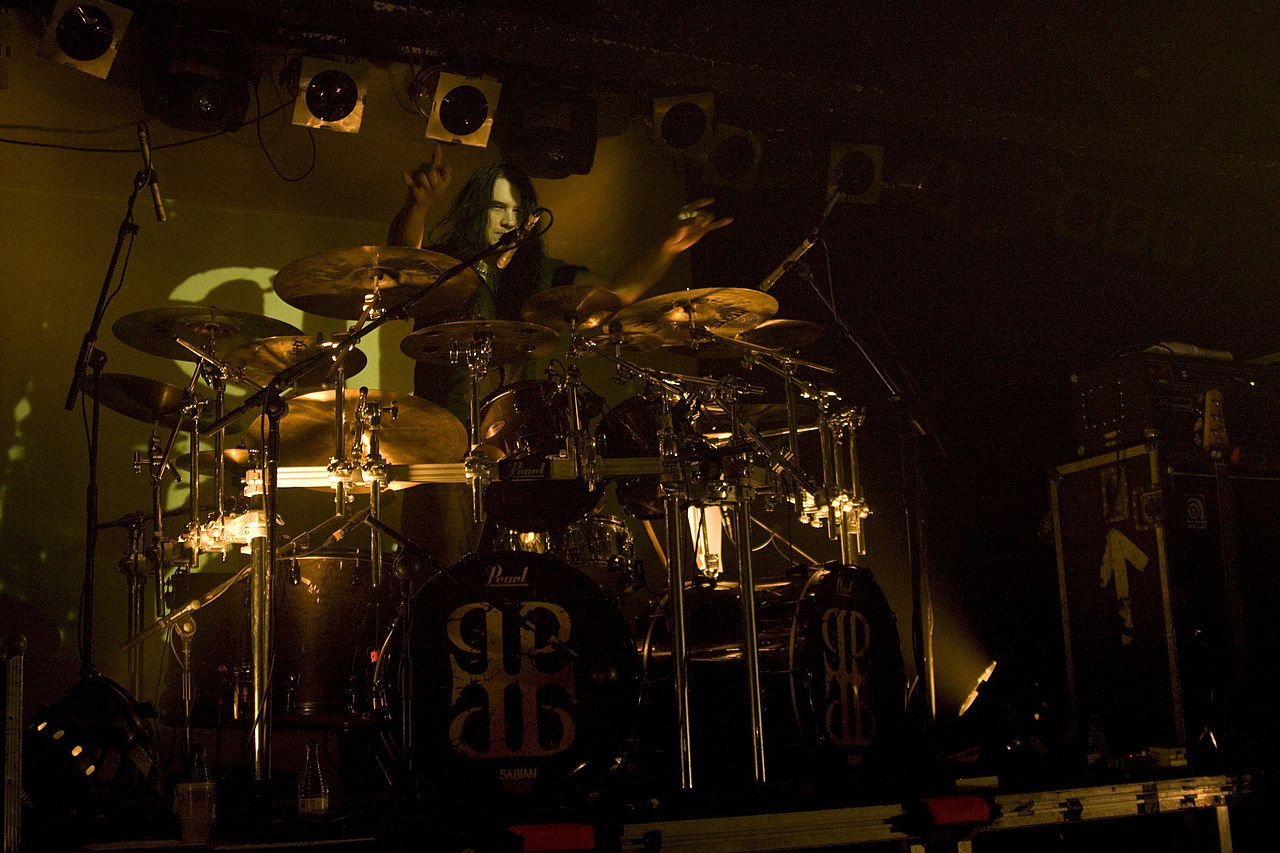 In this project we learned recording techniques in GarageBand. We learned to control timing with groove tracks, Follow the rhythm of another track, record multipass drum beats, record arpeggiated drum machine beats, looping midi regions, adding regions to the loop library, and working with tempo tracks. 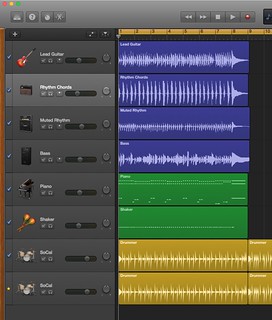 To control a tracks timing hover over the far left side of the track and a star should pop up, once you press this you will see a star show up by that track and checkmarks by every other one. This means that the stared track is following every other track. If you uncheck a track, its no longer following it. You can star any track, it doesn’t have to e a drum track, but you cant have more then one stared at a time.

Following the Rhythm of Another Track.

In this screen in garageband, notice that I have selected a drummer track. In the far bottom right there is a checkbox checked that says “Follow”. You have now followed the rhythm of another track. To change which track your following select one from the drop down menu.

Click command-k to open the musical typing window, and use the keys on your keyboard indicated on the bottom left corner of each key to play sounds. 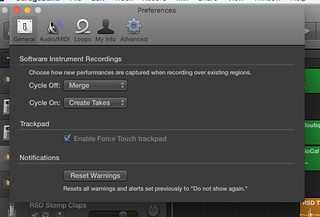 Also make sure you have a selected region to cycle through. Now try out what you want to record a few times so you can get the hang of it. Once your ready hit record and play your music.

You’ll notice that in the top left corner of your newly recorded region(if you let it cycle more then once) that there is a number. This is how many takes you have. You can listen to all of them to choose which ones best. 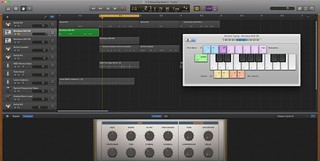 Select a drum machine and click B to open smart controls. Drum machines automatically have the arpeggiator turned on, so click and hold any key to here an arpeggiation of that note. When listening to one arpeggiation of a note and you think it has too much cymbal, or too little bass adjust those settings in the equalizer opened on the bottom.

Start by zooming in on the region you wish to add to the loop library and simply looking to see if the sound matches up with the tick marks that go vertically across the timeline. This track clearly does not. To fix this select the region (make sure that u=you turn off smart controls using B) so that the piano roll pops up at the bottom of the screen, like so:

In the image above you can see a recorded audio track, and it is not on the beat. To fix this simply turn on flex time, a button in the top right corner:

Now drag each of the lines to be in line with the tic marks at the top. I have partially dne this bellow 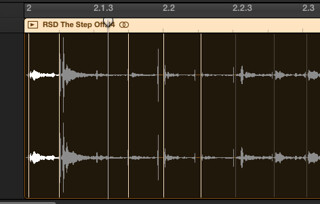 Once you finish this for the whole track, its loop ready.

Adding regions to the loop library

To add a region to the loop library go to file>add region to loop library and choose your desired settings, then when your ready click create and your done.

Working with the tempo of a track

To change the tempo of your track, first go to track>show tempo track(as seen above)

A track with a straight line will show up and this shows the tempo through out the track. Double click on the line to make a new point. Make as many points as you want.

I learned numerous techniques on how to record and create rhythms in Garageband. I also had to use the power of google to overcome the outdated instructions, and luckily everything worked out. Heres one of the tutorials i used to figure it out